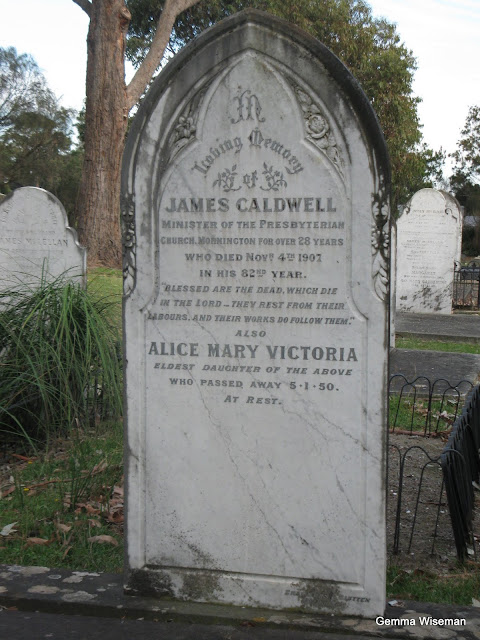 This headstone is to be found at Mornington Cemetery on the Mornington Peninsula.
Rev. James Caldwell, a loved Mornington minister, has two public histories.
One history involves being one of the longest serving ministers on the peninsula - about 28years from 1874.
The other involves an unbelievable tragedy.
In 1892 there was a football disaster.
At 6pm Saturday May 21st, 15 members of the Mornington Football Club (3 fishermen and the rest were members of the football team) were returning from Mordialloc to Mornington  in a boat after a draw in a football match.
The boat sank and all lives were lost.
Three of the lives lost were the sons of Rev James Caldwell:
James 21, William 19 and Hugh 17.
In a region of only about 900 people, this tragedy was devastating.
No surprise that Mornington became known as Mourningtown.
More details of this story may be found at TROVE and HERE and HERE 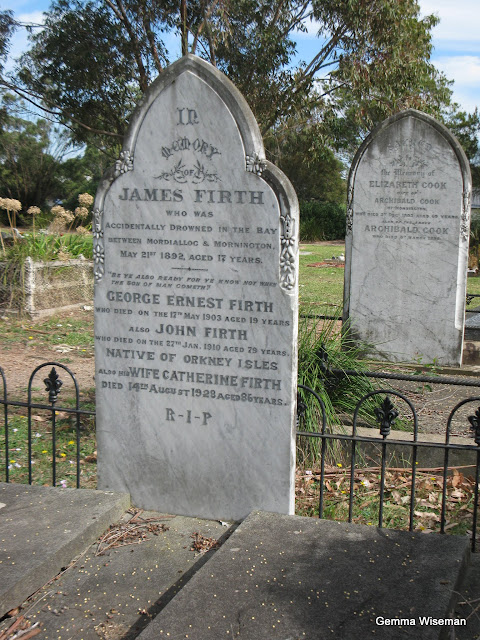 This is another Mornington Cemetery memorial to a young life involved in this same tragedy
- another 17 year old.
The headstone testifies that this family was struck by another loss of a young life only 11 years after the 1892 tragedy.
I can't trace the reason for this one. 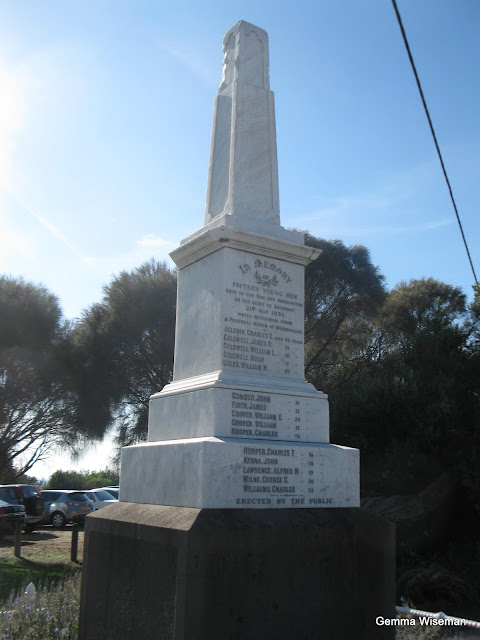 Here is a memorial to all the lives lost in 1892.
The memorial is near Mornington Park overlooking Port Phillip Bay.

And Rev James Caldwell?
Before this football tragedy, his wife drowned in a boating accident on the Yarra River, Melbourne in 1883.
He lived in a 2 storey Victorian mansion Glenbank (built 1875) in Mornington.
It is now on the Morven Mansion Retirement Village site - 107-109 Barkly Street, Mornington. 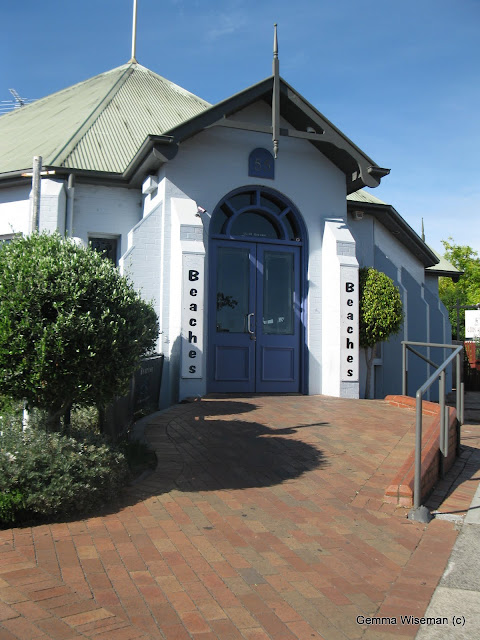 What was James Caldwell's church from his arrival in 1874 has now been converted?? to two popular Mornington restaurants.
The Beaches website claims they are using an old church hall built in 1923 (built after James' death).
Others say this is part of the Presbyterian church. 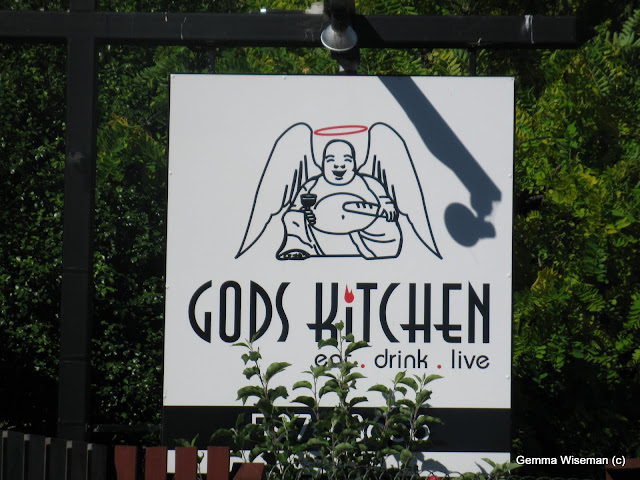 And the old church itself, St Andrews, is now known as God's Kitchen.
Both the above restaurants are "back to back" in Barkly Street, just off Main Street, Mornington.
The church was closed in 1966.

NOTES:
1. The Rev James Caldwell's brother Joseph died at Ballarat "after many months of suffering" on 4th October, 1891- Trove.

2. Ref: Mornington News May 3, 2012 - 5 of the Rev Caldwell's 8 children died in tragic circumstances;
- 3 boys involved in 1892 football tragedy.
- Jean lost at sea between England and Ireland, 5 years after her father's death.
- John, the youngest son, was fatally wounded in 1939 when climbing through a fence with a loaded gun.


Unbelievable
A divine spirit tested
Some food for deep thought


Linking to Taphophile Tragics
Posted by Gemma Wiseman at 12:04 AM

So much loss in one family would be devastating! What heartbreak and what a series of tragedies! Wonderful captures for the day, Gemma.

Cool restaurant. The grave markers are fascinating. Folks sure did live a pretty comprehensive story behind on those things.

Such a terrible tragedy. Such a fantastic and interesting post. I wonder what the Rev would have made of the resturants.

Such tragedy would have tested the faith of any man. And he would have been responsible for giving comfort to the community.....

First his wife, then three sons. What an unimaginable horror. I hope it did not break the reverend's heart and he still had the capacity for love for his daughter. Interesting to see a church converted to eateries. When I first saw the sign I thought that was the smiling Buddha turned into an angel, but on second look, I guess that was a monk.

I always say some people get more than their share....also if you wrote a novel with this many deaths, editors would say it was unbelievable - real life is OFTEN more "unbelievable" than anything one can make up.

I would have loved to interview the daughter, about how the family managed after losing those three boys. Wow.

Oh dear, curriosity got the better of me and i have spent the last 45 minutes trawling through Ancestry.

Alice Mary Victoria was the oldest of James Caldwell's 9 children. One died at birth. Alice wrote a book to commemorate her brothers in 1909 - note it is after her father's passing. The book is called 'Love's Tribute: What the Sea Never Told'.

However, that is not the worst of it for the Rev. Caldwell and his line. His wife did not just die in 1883, but committed suicide. She had been committed to an asylum ten years prior for a period, but drowned herself in the Yarra. Indeed, her (the mother's) next younger sister died on a voyage from Tassie to Melbourne the year before in August 1882, and their mother succumbed in the November of 1883. Not a happy time.

Indeed, Rev. James Caldwell had married 3 times. His first wife died from scarlet fever during confinement in 1860. She was Lizzie Long from Ireland. Her daughter perished too.

His third wife was Marian Whitesides whom he married in 1885 when she was closer to 50 than 40.

I must thank Julie here (and on her blog too) for the amazing time she spent on researching the Rev Caldwell! What an unbelievable life!