But still
I was and
I am

But still I was and
I am
Old man dreaming
Posted by Gemma Wiseman at 11:36 PM 3 comments:

When the planets were slightly askew
And the air
Electronic...

It's Marmalade at Midday!
Secret light lingering
In the silk road
Stillness
Of an infinite moment.
Silent words wandering
Breathless sands
Of a seashore sunrise...

It's Marmalade at Midday!
Distant music of clash and chagrin
Guitared rhythms of pulse and pain
Sonnet couplet of muse and mayhem
Ave atque vale debutante and anthem...

To be or not to be
That is the dream.
Whether 'tis wiser to suffer
The twists and torments
Of smiling Fortune
Or to take a stand
Against the current of ebb tides
And be
Or not be... 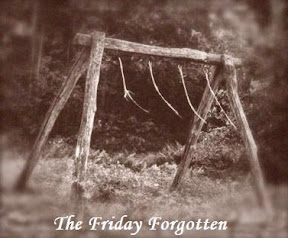 Langurs in the Guava Tree

LANGURS IN THE GUAVA TREE~
The Friday Forgotten #4~

The question of darkness descends...

But for those who whirled in the heady sense of dance...
Awakening becomes a dimming...
Moonless...
A falling from a far height...
The lashing crack of splintered timber...

Tiny dull tinctured linnets…
Nervously scanned the space between the cup
And croissant crumbs…
There were just three…
Till one intrepid soul dared to meet my world…
I smiled as he feasted…
Briefly he eyed the manna...
But his gaze lingered with me…

NOTE: Swanston Street is in the heart of the city of Melbourne, Victoria, Australia~

The Poetry Pantry is hosted by Poets United
Posted by Gemma Wiseman at 10:09 PM 4 comments:

Drove around Arthurs Seat area on the weekend. The drive down the mountainside to Dromana below is awesome. Wrapped in clouds encircling the mountain top and then an amazing vista all along the coast of Port Phillip Bay opens up. This particular morning, the waters of the bay were many auras of sapphire blues, softly reaching away to the headlands. Weekend boaters crowded the shoreline. There are still crowds of holiday campers by the old bathing boxes. How do they live in such cramped surroundings, just to savour a taste of blue for awhiles? But from Christmas on, they come. And they stay till Easter at least.

I wish the Arthurs Seat Hotel retained its old name...Mountains of the Moon.
Wonder why it was changed?
Posted by Gemma Wiseman at 10:02 PM No comments:

A 'Stormy' 24 hours...but now the waters are calmer

The man I love has been in great pain. At last, after massaging and just being there, he is more at peace. Work was kind, giving me time to be with him. And while he slept, I felt moved to write a poem on storms...'Storms-in-Waiting'. You can find it on Helium. No, it is NOT a wallow in misery. But it is challenging!

'I needed that quietness today' my love just said.

He is one of those guys who just won't go to the doctor. It is so frustrating. But, I told him, as I am home from work keeping him company, I must get a doctor's certificate...as a carer. Would you believe, that worked!!!! He is going to the doctor's at midday tomorrow!!!

There is a fragment of hope!!!
Posted by Gemma Wiseman at 8:24 PM No comments:

The man I love is dying

Perhaps I shouldn't be writing this post. But I need to stay calm. Writing is always great for the spirit. I am supporting a man who loves me - as I love him. We have taken a lifetime to find each other. But now, cancer is slowly taking him away from me.
He hates not being able to work. There is no way he can maintain a steady job.
So, even though I lost all in Tasmania, I long to have my own house again and get off this suffocating, frightening rental merry-go-round. I am probably too old to get a house needing a mortgage. I keep telling myself I still must try. I must keep trying and hoping it may happen. Just sometimes I am not so strong. Like now! I just want him to feel safe. He worries so much about what will happen to me. Don't get me wrong. I do have a full time job. But it is hard supporting both of us. In short, I can never retire. It is just not an option. He cooks for me to keep me going. He does all he can in the house. He is just so wonderful. I feel life has drawn us a heavy card. I wish I could see a way to do more. I dream of just a small cottage on the Mornington Peninsula. I don't want much. I just want to give the man I love all I can. He deserves it. He is so special. I have never been so loved. I wish there was a miracle out there for us; some way I can get the medication he needs and some way I can give him a home. Perhaps there is a miracle for us. I MUST just keep believing. This is not my best writing. Fragmented thoughts...
Posted by Gemma Wiseman at 7:32 PM No comments:

My last day for creative writing...Just stolen hours for a little while

It is now just on time for sleep. I have savoured my last day of writing when the impulse moves me. My last article on Helium tonight was ''How to dress business casual and still look like an executive'. No!!! I'm not desperate!!! I am just challenging myself to write to a wide variety of topics!!! Great experience!!!

But it is back to work tomorrow!!! Just stolen writing moments for a while!!!!
Posted by Gemma Wiseman at 10:34 PM No comments:

Longing for the Isle of Light - Tasmania

Even though the Mornington Peninsula is a wonderful world for the spirit, I still have moments of longing for another world...northern Tasmania. I imagine the Peninsula reaching out across Bass Strait and keeping me in touch.

Perhaps someday, the dream may yet happen. I will live and write in Tasmania. Meanwhile, I will just keep writing to get there!!!

A magic carpet ride with AuraGem!!!!
Posted by Gemma Wiseman at 10:24 AM No comments:

Why have I chosen 3 names? I like the enigma of the Greyscale Territory nic. It represents the freedom of wandering scattered thoughts, without needing to walk the highway of popular labels. Greyscale Territory interlaces genres and maybe even creates new ones. The AuraGem nic represents the sparkle of my creative inner spirit. Gemma Wiseman is the pen-name I must adopt for political correctness. But there is still a hint of "Gem". Yes, I know a very greyscale argument. But that is the nature of my spiritual territory.
Posted by Gemma Wiseman at 9:07 AM No comments:

What a week!!! I have been churning out article after article ( mostly poetry) for the Helium website. All this flurry has to happen before I go back to school next week. No time to add more thoughts to this blog...yet!!!

I am still debating whether to make this 'a blog of many colours' - poetry, comment...wherever the fancy takes me. If nothing else, it will be unique!!!

All I hope is that somehow I can get my writing out there.

I am now considering real estate ads and travel brochures!!! There should be more hours in the day!!!!

DON'T FORGET!!! IF YOU WISH TO VIEW MORE OF MY WORK ON HELIUM,

Posted by Gemma Wiseman at 10:12 PM No comments: Leunig is our guru of the 21st century. Not all agree. Few find his teapots, Mr Curly and ducks offensive. He is the little voice of the little people and the voice some 'big' people should never ignore. But many feel his political journeys are narrow crusades. The Greeks understood. Their gods were not perfect, high moral clones performing in perfectly repetitive bland allegories. Once in a while, their gods 'came down to earth' and dabbled in ungodly 'nitty-gritty' life. Hence, there were many stories of the gods. They were alive, lovable and almost human. They reflected the many faces of the Greek world. Sometimes, in reaching an exreme few, they rattled the many. How newsworthy!!! How delightful!!! How Leunig!!!

I have used Leunig in my senior English class. He is a wonderful means of exploring satire AND developing an opinion. This particular cartoon helped a rather average class of students experience satire. There was no need for a complex definition of the term 'satire'. There was just the thrill of the adventure. We all loved it!!!
Posted by Gemma Wiseman at 10:46 AM No comments:

The world is simply the wrong shape...I wrote some years ago in one of my crazy, romantic moments. Today, I wanted to post a poem to celebrate Easter. I barely opened my poetry bank savings, and, somehow, this poem seemed just right...There is a sense of the spirit crucified and then rising again...

May your Spirit find new joy this Easter.

Posted by Gemma Wiseman at 6:47 AM No comments:

Society is simply the wrong shape...for some

SOCIETY IS SIMPLY THE WRONG SHAPE FOR SOME

For some
The world is simply the wrong shape

Finally he returned
Dusty
Jagged
Unironed
Some would say wild

I will bring you back a hand full of sand
On a windy day.
Some will go into your hand
Some will drift on the wind
Like I think it should.
We shouldn't really own anything which belongs to the earth ey?

FIRST THOUGHTS - The Internet for a Grey Nomad Fingers trembling, I wander into the caverns of the mysterious internet world. Just a few years ago, I fought passionately against ever feeling a need for a computer. And now??? Well...It's the most exciting research library...an armchair traveller.
I love to explore new skills...trial and error style...
Right now, I barely know how to begin this blog.
But the thought of maybe airing some of my poetry
and perhaps finding a miracle for the dearest man in my life...
Finally, we found love...we found each other...It's never too late...
We are battlers, but we love...hmmm
The picture was taken down Mornington Peninsula way in July, 2006.
The sea...a wonderful breath of freedom...
Posted by Gemma Wiseman at 9:09 PM No comments: