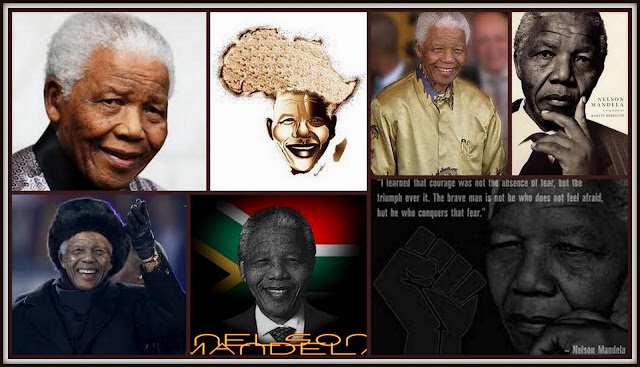 
One Day
Can we spare
67 minutes of one day
To give
At least a thought
A caring thought
To others?
Maybe
Many others?


Mandela was born on July 18, 1918  in Mvezo village southeastern South Africa.
His great-grandfather was a Thembu king.
His father was a counsellor to the Thembu royal family.

But his family lives in a thatched hut
And raises livestock.

But his father dies when Nelson is nine
And he becomes a ward of the royal household. 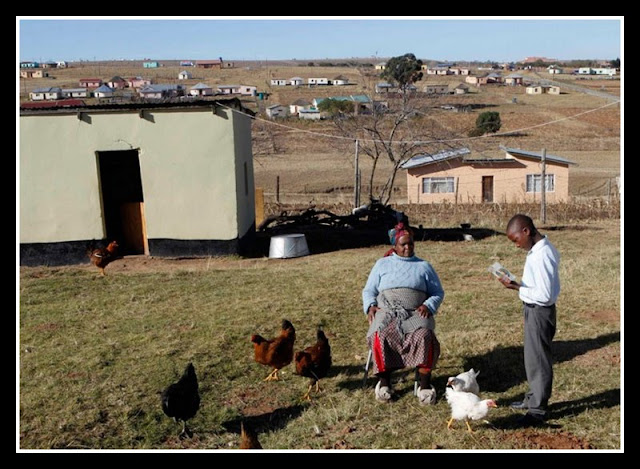 Makhalima reads a book to an elderly woman in Qunu...Lutho Makhalima (R) reads a book to Nobantu Mbhokodi, an elderly woman, in Qunu, eastern cape, July 18, 2012. South Africans celebrated former president Nelson Mandela's 94th birthday on Wednesday with special events and charity work in what has become known as "Mandela Day".The former leader's birthday is used for a campaign that aims to inspire individuals to take action to help change the world for the better by asking people to give 67 minutes of their time painting schools, planting trees, visiting orphanages and old age homes to honour Mandela's 67 years of political activism.
REUTERS/Siphiwe Sibeko

A fine tribute to Nelson Mandela on his 94th. No, 67 minutes does not seem like it would be too much to give to others considering what he and other real heroes have given.

That wonderful man has always been one of my heroes! Saw him in South Africa a number of years ago. The world needs more leaders like him!

Beautifully done, Gemma, a fitting tribute to a man who set an example few of us can equal but all of us should follow.
K

I am just glad that there are people to look up to.... a fine tribute to a great human being.

I enjoyed the history and the poem. Thank you.

Thank you for this wonderful post, Gemma. I like your whole approach here and the thought you have given to Mandela's legacy.

Gemma, I loved your post. We measure time in years, minutes... and yet this man is truly timeless in his pursuit of justice. A worthy tribute to an ageless man, Rra. Mandela, an inspiration and a living example of triumph of the human spirit. Peace, Amy
http://sharplittlepencil.com/2012/07/18/life-without-limits-sun-scribs-3ww/