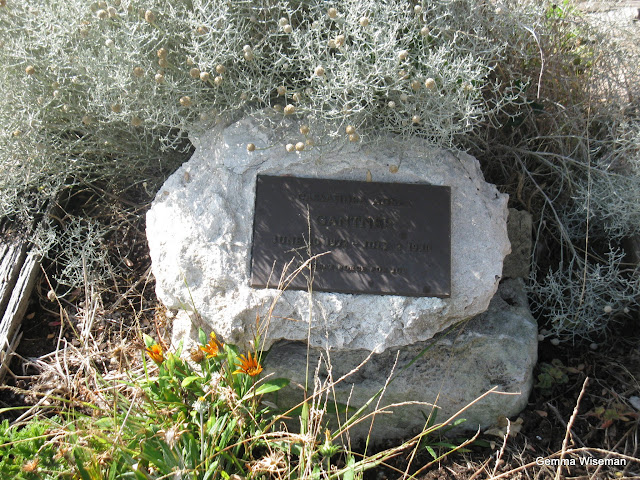 This is the headstone of Cassandra Adela Gantner at Sorrento Cemetery on the southern end of the Mornington Peninsula.
She was born June 10 1972 and died July 2 1990.
She was just 18.
Difficult to find any details of her life, but her family connections make fascinating, tangled reading. 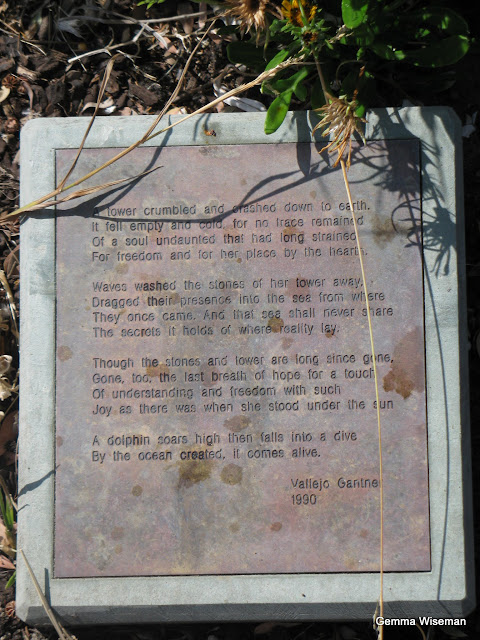 Right next to her grave is this creative piece of writing by Vallejo Gantner.

Vallejo Gantner has been Artistic Director of Performance Space 122 since 2005. P.S. 122 is New York’s leading multi-disciplinary presenter of innovative performing arts. Prior he was Director of the Dublin Fringe Festival 2002 – 2004, and Artistic Associate of the Melbourne Festival 2000/01. Originally from Melbourne, Gantner worked in a range of capacities throughout the arts in the US, Asia and Australia - director, writer, performer, agent, producer and programmer. He was also the co-producer of Spiegelworld from 2006-2008, a commercial producer of contemporary circus, cabaret, music and entertainment across the US. He is a partner in a brewery - Mountain Goat Beer and in Melbourne bars Double Happiness, New Gold Mountain, Bosisto’s Liquor Bar and Lily Blacks.
He is on the board of the National Performance Network
He is the son of Carrillo Gantner b.1944 - actor, director and theatre founder + 2007 Victorian of the year -
(from Carrillo's first marriage to Melbourne actor and theatre director Nancy Black).

In July 2007, The Age gave details of Carrillo Gantner's life. Carrillo Gantner is the eldest grandchild of Sidney Myer (1878-1934) - renowned philanthropist and merchant in Melbourne who initiated the Myers Department Store.
The Sidney Myer Music Bowl, the Shrine of Remembrance, Moomba, the Howard Florey Institute, the Malthouse Theatre and the free outdoor concerts by the Melbourne Symphony Orchestra are just a few examples of Sidney Myer's heritage. Ref: HERE
Carrillo's second wife, ZiYin Wang Gantner, is a graduate of the Beijing Film Academy.
Carrillo says: his proudest achievement is his children (he has four boys from two marriages and one daughter who died in 1990).
The daughter must be Cassandra.
The only details of her life I have finally found focus on cerebral palsy - she had to be permanently hospitalised - see The Age September 11 1984
(More here too on Carrillo's weekly life in Melbourne and weekends on his cattle property.)
This may explain the unusual comment on the headstone beneath the dates of her life:
A great force for joy.

Strangely, Neilma, one of Sidney's 4 children, married another Vallejo Gantner (14.1.1911 - 8.1.1996)
Carillo was her son as was Vallejo jnr.
This Vallejo was born in 1943 and was killed accidently in 1962 when hunting farm rabbits.
He was just 19.
So both Carillo's brother and his daughter died in their late teens.


As Melbourne Festival 2011 President, Carrillo Gantner talks about the annual cultural celebration and how the diverse projects from around the world come together under one banner. The Melbourne Festival was on from 6-22 October.

She drifts in wonder
Once a troubled, young spirit
Now living new life

Taphophile Tragics is hosted by Julie
Click on the badge to view MORE!
Posted by Gemma Wiseman at 12:04 AM

Sad, but fascinating post for the day, Gemma! Wonderful captures and I do love the background you include! Hope you have a lovely evening!

Its always tragic when someone passes without having lived a Full Life and died of old age..
the Passage is so lovely.

You did a lot of research for this post. Fascinating family story and tragic deaths in a life. Thanks for sharing.

What a fascinating family!

That's a surprisingly rustic marker for a young woman from such an artistic family. Quite the fammily story and so well told by you, Gemma!

A surprisingly rustic grave for a young woman from such an artistic family. What a fascinating family story and how well you told it, Gemma.

PS. Ooops, I just noticed you have moderation on, Gemma. I am commenting through an anonymous proxy to get through the China Firewall that is slow and unreliable and I thought my first comment had just disappeared. Feel free to delete this and one of the comments. :-)

That poem is so touching! They must have had such hope for their daughter, but to have her sent away to live in an institution (or hospital) must have been heartbreaking.

I did not know all that history of Carillo Gantner, however, I feel as though I know him really well. He is the MC of a music festival called 'Four Winds' which is held in Bermagui NSW every even year at Easter. I have been twice, and Carillo is a joy. Neilma has been there, too.

So good to read all this, Gemma. I love your sleuthing around and your teasing out of the details.