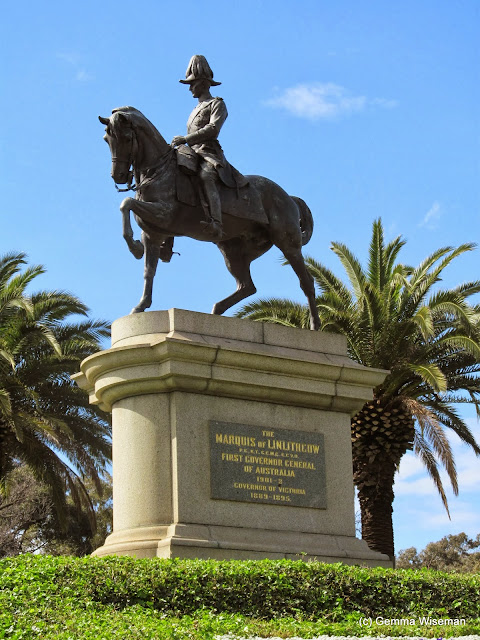 This is a bronze statue (unveiled in 1911) of the First Governor General of Australia.
He arrived from Scotland as John Adrian Lewis Hope, the Earl of Hopetoun.
At first, he was a popular governor of Victoria from 1889-95.
He went back to Scotland and then returned to Australia as the first Governor General 1901-2.
At the end of his not so popular term, (he enjoyed spending money), he became the Marquis of Linlithgow.

a proud man
who felt important and
lost respect 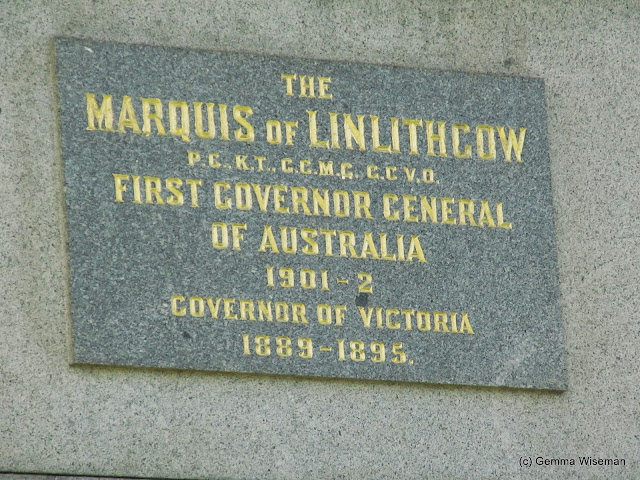 The statue is on the entrance driveway to Government House in Melbourne, Victoria.

NOTE - My Memes
Scenic Weekends
+
Monday Mellow Yellows
Check out the last posts now!
Posted by Gemma Wiseman at 12:04 AM

Power often seems to go to the head.

predicting that same kind of fate might await many in our federal government.

Perhaps he should have just stayed in Australia, then he'd have been remembered more fondly.

When I see the words Governor General it makes me realize that Australia and Canada have have a number of things in common. I've also noticed the same with street signs.