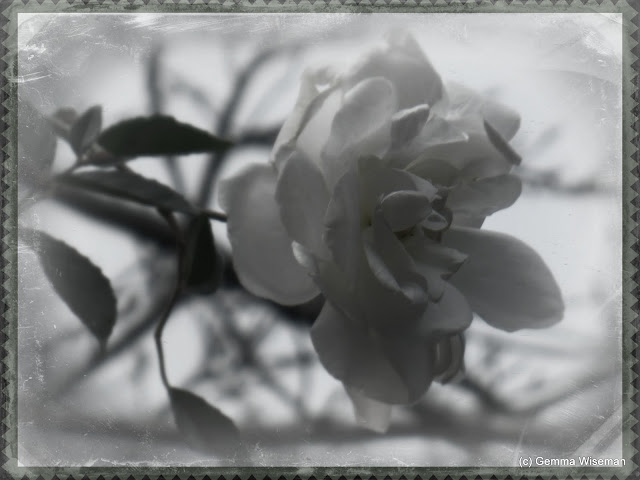 Waves of aurora lights in the night sky

And ice
Lots and
Lots of
Ice

But I have no place in these worlds

Yet I long for
New vistas
New horizons

They have survived
And their numbers grow

But still
They're on trial

Some visionaries say that
In coming decades
Iceland may be milder

Perhaps
My child flowers may be there


NOTE: The Rose Club of Iceland was founded in April 2002.
Details of its activities are HERE!

The arctic tundra comprises the majority of the tundra landscape in the world, with 2 million square miles in North America and 1.3 million square miles in Eurasia. The North American tundra begins with coastal Greenland, goes west through northern Canada and extends all the way through northern Alaska. Tundra in Eurasia covers Siberia, parts of Russia, northern Scandinavia and Iceland. A second type of tundra, called alpine tundra, exists on high-altitude mountaintops throughout the world. Mt. Rainier National Park in Washington is one example of alpine tundra.
Read more: What Is the Landscape of the Tundra?

I cannot think of a better flower to pick than a rose :)
Nothing stays the same, ever, does it? I suppose even nature does what nature does for its own survival too. And maybe before the last ice age, these frozen lands were nowhere near as cold and other life flourished and, it may happen again before too much longer too.
This was a really lovely read.

Wow...what a unique perspective, Gemma...very well written and I'm grateful for the link to see some of the roses that their growing.

I really liked the phrase, "Gift of an old glacier" beautiful writing!

Thank you for writing to this challenge, Gemma!

Oh my goodness, such beautiful writing. I can feel the struggle - and the hope - of a future Arctic rose.....wow!!!!! Fantastic! I too love the "gift of an old glacier". Wonderful response to the prompt, kiddo! Love. It.

"Yet I long for
New vistas
New horizons

From an Icelandic Rose --- a powerful perspective. I truly enjoyed!